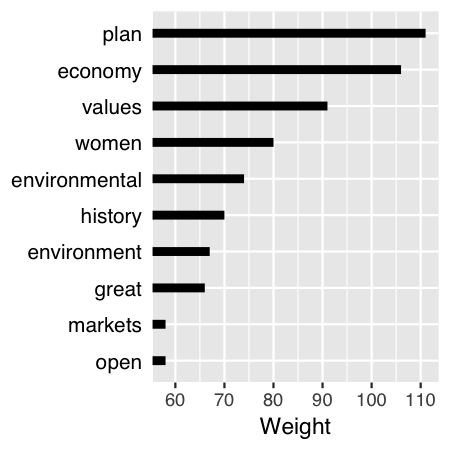 This topic appears to be an issue topic. Generally, mentions of economy, women, and environment increase from the mid-1980s on.

This topic prompted me to dig a bit further into the question of “environment” as an issue, and mentions of “women”: